The Best Places to Stay on Lake Como

The Best Places to Stay on Lake Como

The first time I visited Lago di Como, I thought that of course, the village of Como would be the best place to stay. I knew nothing about the Lake but wanted to be in the heart of the action.

The choice of accommodation was much greater there, since it seemed to be the largest town, but I kept being drawn to other parts of the lake. Lucky I did, because now I live there I realize Como is too far from the main attractions so is definitely not the best place to stay.

The tourist hub of Italy’s most popular lake, an upside down Y shape, is centred in what is known as the Golden Triangle. The centre of the triangle, where all three arms of the lake meet, is the village of Bellagio, called the Pearl of Lake Como. It’s one of the oldest villages on the lake, and also one of, if not the most visited. Although, to my mind, not the most charming for this very reason. But we’ll come to that in a minute.

There’s an easy access day trip around the Golden Triangle you can take by ferry, visiting the various towns mentioned here in either half a day or a full day. This doesn’t include George Clooney’s villa at Laglio, but there is a boat tour that can take you past many such famous villas as a separate trip.

It’s difficult to grasp the size of Lake Como. It takes an hour, for example, for the usual ferry service to travel from Como just to Bellagio. It’s the most breathtaking ferry ride you’ll ever have in your life, so I wouldn’t let the hour deter you. In fact it will be an hour lost in wonder at the incredible historic villas, mountain views, cable car accessible only houses, churches, perfect little bays where the ferry stops – you’ll want to get out at every one. And you can! But again, more of that later.

For choosing accommodation, it’s best to be in or near the Golden Triangle, so this will be anywhere along the western shore of the lake south of Menaggio, or north of the village of Lenno. You could possibly locate yourself as far south as the gorgeous little village of Argengo, although sadly, this falls outside Golden Triangle daily ferry ticket perimeter. The towns where ferries stop are: Cadenabbia (ferries go between here and Bellagio every half hour), Tremezzo (stop here to visit the famous Villa Carlotta), Lenno (here is my most highly recommended Villa del Balbianello – if you see nothing else on the lake, don’t miss this!), Varenna (the most charming town on the lake and the best place to toast the sunset), which is on the eastern shore, and of course Bellagio, which is dead centre of the three lake arms.

Wherever you’re located, the biggest hurdle is going to be Italian traffic and parking. Most of the major towns on the lake are a nightmare for cars. Of course if you’re staying in the towns themselves, you won’t need a car because bus and ferry services are adequate for getting around. But I think it’s a pity not to have some way to visit the more authentic Lake Como villages that are not overrun with tourists. These tend to be higher up the mountains and are a pity to miss entirely. If you’re staying in one of Lake Como’s luxury hotels, they will have parking. If not, you’ll be in for a frustrating holiday.

The towns mentioned above are all convenient places to base yourself, but if you can get out to the higher mountain villages, you’ll find communities of people who have been there for generations (some since 14th Century when people fled high into the mountains to – successfully – escape the Plague). You’ll find the most heart stopping scenery around every corner and a peace that will completely elude you in the tourist towns. Pigra, for example, above Argegno, is perched high above the lake and can be reached by cable car.

The main consideration about where to stay is whether you want to be in the thick of the tourist action, shops, transport, or you want a quieter, more peaceful holiday.

Staying in the centre of villages can be easy for walking to local restaurants, buses and ferries. From there you’ll be able to visit all the important towns and attractions on the lake. There are any number of period hotels that have been operating as such since the turn of last century. Added to that are many Airbnb apartments, shared or private, that will suit any budget, from 100 euros/night up to 120,000 euros/night. And no, I’m not kidding!

If you prefer the quieter option, especially if you’re with a bigger group of family or friends, you can find some amazing places, in unbelievably beautiful locations, just a few kilometres above the lake.

For example, this private villa, a mid-Century luxury vacation home of a wealth Milanese family, Villa Ponti, recently sold and was renovated last year. Fifteen minutes from Bellagio, it has 180 degree panoramic lake views, 8 bedrooms, bespoke kitchen, a swimming pool and wellness centre which was open to the public in Easter 2019.

And there are any number of Liberty villas to rent – think Belle Epoque or Art Deco, which was the heyday for this period of architecture on the lake. These can be found in towns, but more typically can be slightly out of high traffic areas. One such famous hotel is the Grand Hotel Tremezzo which is a must visit at least for an aperitivo overlooking the lake in it’s stylish and colourful lobby bar.

Argegno is a charming town that has one of the best little piazzas always abuzz with a small enoteca, a couple of restaurants, bars, a fountain, even a real estate agent if you fall in love and get the itch. But as mentioned above, it’s main drawback is that it’s outside the Golden Triangle ferry ticket perimeter so you’ll have to buy a whole lake day ticket to go to most of the interesting places mentioned here.

Then there are smaller places that don’t have much of a town centre but are tiny hideaways that are much less crowded and you’re likely to meet more locals. Mezzegra for example, which has the most gigantic magnolia tree you’ll ever see in the piazza overlooking the lake. You’d never dream this charming piazza was there if you just drove past, but these tiny piazzas are all around the lake if you walk the Greenway to find them.

Menaggio is great if you have kids because it has the best beach and it’s easy to walk around and take the ferry to other parts of the lake.

Varenna is the most romantic town on the lake. And despite it having quite a lot of tourists, it isn’t as frantic as Bellagio.

Bellagio is easy to get to from Milan because you drive inland rather than along the more windy lakeside road. It’s definitely the most crowded village on the lake, certainly in the Golden Triangle. I would avoid eating here for this reason, although there are a few good enotecas and restaurants, you have to know which ones they are. As far as accommodation goes, there’s every possible variety. If you really want to stay in Bellagio, rather than above it, a little up the mountain, where it’s more peaceful, try the side opposite the ferry, on the water. It means you’ll have a bit of a walk to the ferry, but it’s not that far and much more peaceful

The smaller towns of Sala Comacina, Lezzeno and Lenno (with the beautiful Villa del Balbianello), even Tremezzo, are much quieter than Bellagio and Menaggio. You can even bike along the shore. And there’s the walking pathway all around the lake, called the Greenway, where you can walk through villages rather than on the main traffic thoroughfare, which is extremely busy, narrow, dangerous and noisy.

You will get better value for your dollar if you go outside the Golden Triangle, and the higher ferry fares probably won’t mitigate enough against that if you’re a big group and saving substantially on the villa prices. Better value can be had on northern arm of the lake above Menaggio and Varenna, the Lecco arm of the lake and the eastern side of the Como arm. Also, any town not actually on the lake itself will be more affordable than accommodation on the lake itself. So if you hire a car, you’d be wise to stay away from the lake. If you have limitless funds, Villa D’Este, not far from Cernobbio, is possibly the most extravagant hotel on the lake, albeit not in the Golden Triangle, but then if you can afford to stay there, there are sea planes and helpicopter to ferry you around.

Malpensa is the main international airport. From there you can take a train to Milan and then reach the lake via Como or Varenna train stations. Bergamo is more convenient if you’re coming from other European ports but it and Malpensa are about equidistant from the lake. From Bergamo you can take a train to Lecco and then a bus to Bellagio from there. 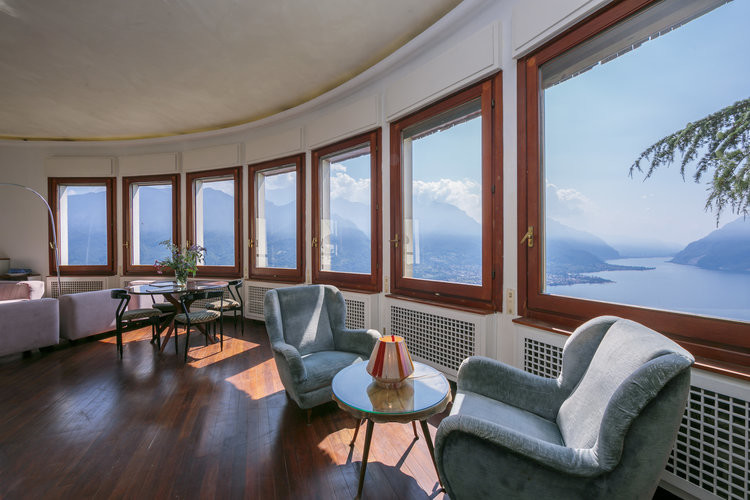 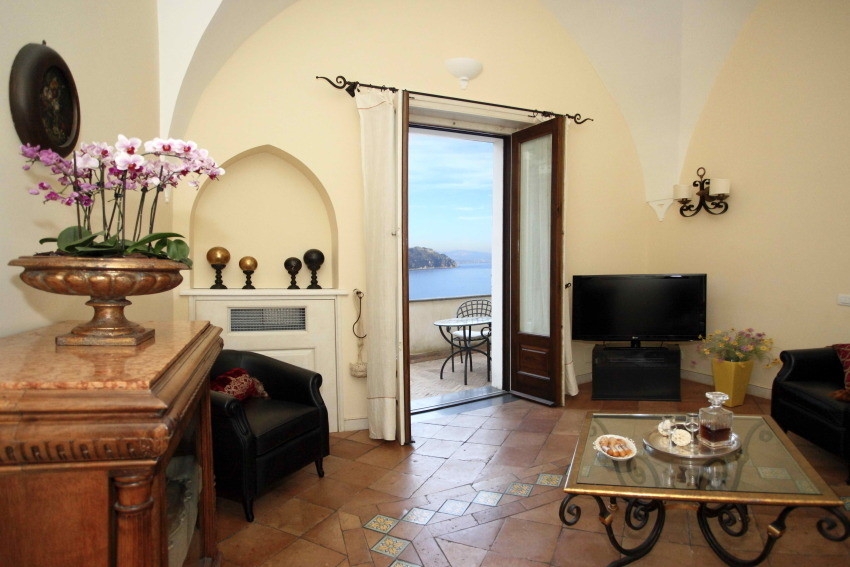